Father characters in the novels that we know or love have been represented in a vast variety of ways. Some portray the ideal fatherly traits that we all associate with a present, devoted and affectionate dad, while some display characteristics that put their capabilities of being a parent into question.

Father characters in novels can be generally categorized into 3 pools; the good fathers, the failed fathers, and father substitutes. While some characters have been known to oscillate between categories as well, the culmination of the story and the overall impact they had on the plot and other characters can put them into one of these 3 distinct categories.

This Father's Day, look back at some classic novels and father figures in these narratives with us, and read about the roles they had to play!

6 Father Characters We Will Never Forget in Literature

1. Atticus Finch from "To Kill a Mockingbird" by Harper Lee

A classic novel, "To Kill a Mockingbird" has it's place in many classroom syllabuses and many people's shelves. The story follows a young girl, Scout, and her and her brother Jem's attempt at grappling at her father's circumstances of an arduous trial in which he defends an African American man who had been unjustly accused of raping a Caucasian woman.

The coming-of-age book explores the themes of justice, civic duty and equality. Atticus Finch's role as Scout's and Jem's father is pertinent in the way these lessons are imparted on them. Even while being placed in highly pressurizing situations throughout the novel, Atticus maintained a calm demeanor. He never disciplined Scout and Jem harshly, never raised his voice, and always took time to answer tough questions. The children developed deep respect and admiration for their father as he modelled the very behavior he wished for his children to exhibit as well.

Photo by Blaz Photo on Unsplash

Atticus treated everyone in their hometown, and his children, with respect and understanding. He imparted important life lessons on his children through his own philosophies and experiences, and never failed to be honest and truthful no matter the circumstance. By making just and right decisions, even while the people around him were not doing so, Atticus remained firm, fair and acted with integrity. Scout recognized how her father was different from most in their town, and this is reflected in the way she describes him in the book :

"He did not do the things our schoolmates’ fathers did : he never went hunting, he did not play poker or fish or drink or smoke. He sat in the living room and read."

As a father figure in the book, Atticus was determined and successful in teaching his children the value of respecting people no matter the color of their skin, class, or background, clear from his advice to his children in multiple parts of the novel, such as the following :

"You never understand a person until you consider things from his point of view...until you climb into his skin and walk around in it.”

This novel and Atticus's characterization shed light on the impact that a father’s influence could have on the character of his children. Jem and Scout were being raised to be morally upright individuals, and Atticus's impact and they way he approached upbringing is largely the reason why.

2. Mr. Bennet from "Pride and Prejudice" by Jane Austen

"Pride and Prejudice", another well-loved classic romantic novel by Jane Austen, follows the lives of the Bennet Family. In particular, it follows Elizabeth Bennet and the trials and tribulations of her relationship with a rich aristocrat, Fitzwilliam Darcy, while covering the themes of reputation, marriage, class, familial ties, and gender.

The father figure in another classic novel, Mr. Bennet from "Pride and Prejudice" is memorable for different reasons compared to Atticus. Mr. Bennet's character has garnered varied responses and reactions from readers.

In the initial stages of the novel, Mr. Bennet is comes across as a lovable father with a dry sense of humor and who particularly doted on 2 of his oldest daughters, Jane and Elizabeth. However, it comes to light that he is indeed not infallible. While some describe him to lovable, witty, and devoted to his daughters as such, some readers felt like they gradually lost respect for him and his role as a father as Mr. Bennet grew increasingly detached from his family.

Photo by Dexter Fernandes on Unsplash

Even though he doted on two of his daughters, it became clear that he chose not to pay much attention to Lydia and Mary, 2 of his other daughters, and had a part to play in Lydia eloping. While he was often compared to his wife and her seemingly being desperate and shallow for wanting to marry her 5 daughters off to wealthy men to be seen as relatively less over-bearing, his general disengagement from his family and daughters’ upbringing and marriages comes to light, making his parenting capabilities questionable to some readers. He had also not managed his responsibility of making sure that his wife and children would be provided for after his death.

Although his love for his daughters and quirky personality does captivate readers, his role as a father is put into question when it becomes obvious that he directs his attention and love to 2 of his daughters particularly and becomes disengaged from crucial family matters.

It is highly unlikely that one hasn't seen or heard of the "Harr Potter" series by J.K Rowling. A series that took the world by storm, it chronicles the lives of Harry, a young wizard, Harry Potter, his friends Hermione Granger and Ron Weasley, and their adventures and misadventures at Hogwarts School of Witchcraft and Wizardry.

While Harry's circumstances and relationship with his parents are tear-jerking, Arthur turns out to be a consistent father-figure in Harry's life. Not only does he protect his own family, his wife and 7 children, but also takes care of Harry like one of his own. Arthur is dependable and trustworthy, two qualities we often look for in an ideal father or head of the household. He advises Harry against making any impulsive decisions and against any reckless behavior.

Photo by Shayna Douglas on Unsplash

Similar to Atticus from "To Kill a Mockingbird", Arthur believed in equality. In these novels, he was a relentless believer in the equality of magical and muggle folk. This rubbed off on his children, and they all grew up to share the same philosophy.

Arthur not only treats Harry as his own son, but also saw him as an adult in his own right and stood up for him in his presence and absence. He was a role model that Harry could aspire towards in the absence of his biological father, considering his exemplary traits; respecting everyone despite their differences, non-confrontational, and always had the heart to give people a listening ear. Although less celebrated, he was an father figure for his children and Harry .

4. The Father from "The Road" by Cormac McCarthy

Set in a post-apocalyptic world, Cormac McCarthy's novel takes us through, simplistically, the relationship between a boy and his father as they maneuver the terrains of a ruined world in search of signs of hope and life.

In the novel, McCarthy explores two main characters with no names, referred to as "Man" and "Boy", and their relationship. The son's character, in a time of destitute and ruin, represents his father's sole reason for survival and hope. And in turn, he protects the only reason for his own existence, the boy. Throughout the novel, the father never fails to reassure the boy of his purpose and significance to him, using the euphemism that he is "carrying the fire.

Photo by Patrick Federi on Unsplash

While all the Boy knows is the post-apocalyptic world, the physical and metaphorical road that they're travelling on, and feeling hungry, the Man has memories of the world pre-apocalypse as well. Together with teaching him the basic skills of survivals, the Man makes it a point to impart life lessons on his son. Despite having to grapple between these opposing memories, coming across cannibals, struggling through hunger and the lack of shelter, the Man never fails to remind his son of the importance of being a good person.

5. Geppetto from "Pinocchio" by Carlo Collodi

The children's classic "Pinocchio" follows the story of Geppetto, an older Italian puppeteer who never had a son. Since he always wanted a son, he builds a wooden puppet to replace the role. To his surprise, little wooden Pinocchio comes to life, and their relationship as father and son flourishes from there.

In the story, Pinocchio causes trouble at every turn. He he runs away constantly, lies, and disobeys every command from Geppetto. In spite of his mischief and trouble-making, Pinocchio manages to receive the unconditional and unapologetic love of his parental figure, as Geppetto continues to forgive him for misdeeds.

Despite repeated disobedience, Geppetto has a self-sacrificial form of fatherly love for Pinocchio. He sacrifices his food, clothing, and has his threshold for temper challenged for his son-like wooden doll. In this novel, we see fatherhood transforming the father figure instead

Geppetto's fatherly love is innate and immediate; from the very moment of Pinocchios's creation.

Some readers view this fatherly, boundless, and ceaseless love to be idealistic. While Geppetto tried his best to discipline Pinocchio, his love and adoration for a son-like figure got the better of him in most situations. Nevertheless, Geppetto as a father captured the hearts of many.

This novel by Jonathan Safran Foer starts off on a somber note, with the father figure having has passed away already. The story then follows the grief of the Schell family, in particular his son Oskar's, and the various happenings in his life post his father's death. It is told from Oskar's point of view, mostly, with some narration from his grandfather as well.

In Oskar's flashbacks throughout the novel, Thomas is portrayed to be an open-minded, fun-loving and affectionate father who was devoted to his family. We see him constantly encouraging Oskar to go after his dreams and to make them reality. All while never appearing in the novel because of his death, Thomas's presence and role as a father is still strongly felt throughout the story and in influencing the way Oskar leads his life. Thomas remains as Oskar's and his mother's emotional bearing.

Photo by Abbie Parks on Unsplash

Even though his father is not around anymore, the impact and influence that he had on Oskar's life continues to materialize in his everyday. Upon finding a key in his Dad’s cupboard, Oskar sets off on an expedition to figure out what the key is meant for and symbolizes. The key comes to represent Oskar's way of holding onto his father's memory and also grieving his loss. He finds himself on a journey of discovering what love and loss mean.

Throughout this list, we see father figures of many shapes, forms, and influences. The role of the father figure in the novel and for other characters differs for the above mentioned books; some having a more negative impact, and others more positive. Nevertheless, these father characters have all left a mark on readers in their own ways, and have most definitely left us reflecting on our own relationships and familial ties. 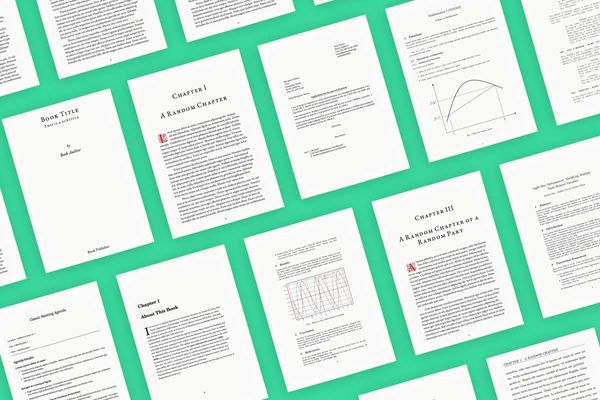 JotterPad will be introducing a range of writing templates, such as books, articles, reports, and presentation slides, for you to explore in your writing processes. Read on to find out more about what we have in store for you! 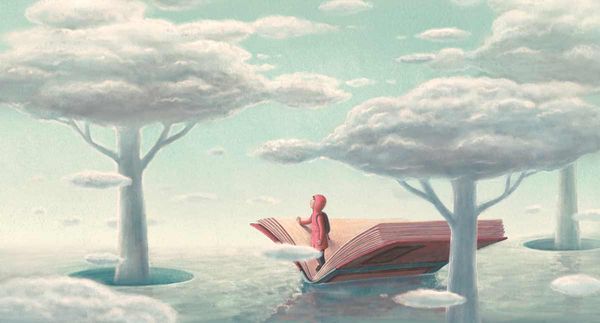 Wanting for new and fresh book ideas for your next story? Find out how you can generate more.