If you've been keeping up with pop culture and the latest Internet trends, there's no way you haven't heard of the latest Netflix hit series, Squid Game.

If you've yet to watch the series (which you certainly should), here's the basic premise of the show!

Hundreds of cash-strapped contestants accept an invitation to compete in children's games for a tempting prize, but the stakes are deadly. - Netflix description

More than that, Squid Game is an excellent example of what a thriller should be — compelling characters, intriguing premise, memorable locations and most importantly, nail-biting tension!

And today, let's take a look at what makes a thriller as gripping as Squid Game and how you can take a leaf out of its book to write your own tension-filled thriller series. Spoilers abound, of course, but let's jump into it!

What is a thriller?

Photo by Sammy Williams on Unsplash

But first off, let's establish what exactly makes a series or a novel a thriller to begin with.

Thrillers are, first and foremost, fast-paced and filled with tension, suspense, conflict, high stakes and unexpected twists. They leave readers on the edge of their seats and keep them second-guessing what's about to happen next.

It's also important to note that there are many thrillers out there that are a combination of 2 or more thriller subgenres. So, remember not to pigeon-hole yourself into just 1 subgenre when coming up with your story.

Now that we've established what a thriller is, and the different kinds of thrillers out there, let's figure out how to write one — using some examples from Squid Game!

Tips for writing a tension-filled thriller

Photo by David Dibert on Unsplash

This is a tip that applies not just to the thriller genre, but to storytelling in general! Having complex and flawed main characters helps them to feel more human and be more relatable to your audience.

Furthermore, their flaws and strengths may each play a role in furthering the story and helping (or hurting) their chances of overcoming their obstacles.

Squid Game's protagonist Gi-Hun is an interesting one indeed. He is a lackluster father and son and a notorious gambling addict, yet he is also a compassionate man who shows kindness to his fellow contestants.

Indeed, one cannot help but root for him despite his glaring faults, which raises the tension for the audience as they wait with bated breath to see whether he survives the games or not.

The higher the stakes, the more suspense your story will have. In Squid Game, our characters are forced to gamble with their lives in the series of deadly games.

But it also goes a step further for our main cast of characters. After they emerge from their first foray in the games, we're introduced to the backstories of Ali, Sae-byeok and Sang-Woo.

For them and for Gi-Hun, there is more at stake than just their lives — they're also fighting for a chance to return and give their families a better life.

This adds a whole new emotional element to our characters and their circumstances. It helps us understand their desperation and makes it that much sadder when they are eventually eliminated.

Just like with your protagonist, writing a complex villain can get your audience more invested. On the other hand, a "pure evil" villain can sometimes be flat and boring, which may cause your audience to lose interest in your story.

One way to write an interesting villain is to give them twisted motivations that are rooted in emotions that are relatable to your audience. While Sang Woo from Squid Game is more of an antagonist than a villain, he certainly is an example of a complex and relatable antagonist.

Sang-Woo's ruthless decision to betray the pure-hearted Ali and eliminate the injured Sae-Byeok enraged viewers and turned him into a villain in the eyes of many. However, his actions were borne out of his survival instinct, which many people can certainly relate to.

It begs the question: Can you really say that you wouldn't do the same if you were in his position?

Villains and antagonists like this make a thriller more than just a tension-filled fest. It helps you interrogate morals and question things not just in the story, but also in real life.

4. Building to a climax

The climax is the most pivotal scene in your story, and it is often a final showdown of sorts with your thriller's antagonist.

That is why most of your thriller should be dedicated to ramping up the tension and building suspense until the inevitable climax of your story!

As a writer, it may be helpful for you to write your climax first, so that you know where your characters will end up. This will help you build up your story and the tension more effectively.

With JotterPad, you can plan and write the climatic scene of your story and save it in a cloud service. This way, you'll never have to worry about losing such a pivotal moment of your thriller.

You can access these documents at any point of your writing journey, and even on other devices of your choice!

What is a thriller without plot twists and cliffhangers? Those are one of the best ways to build suspense and tension, and to compel your audience to keep reading or watching.

Think about what your reader will expect to happen next, and consider if you can subvert those expectations. When you're knee-deep in a suspenseful scenes, think about how you can cut the scene short and leave your readers hanging as you transition into a different scene.

A "mini" plot twist in Squid Game would be Episode 6, where the contestants paired up, thinking that they were going to work together. However, it soon turns out that the pairs would have to fight against each other, eventually resulting in possibly the most tragic episode in the entire show.

6. Build obstacles for your protagonist

Your protagonist has to run into conflicts and obstacles in order for the stakes to matter and for the audience to be on the edges of their seats. You have to make your audience wait with bated breath for what comes next!

And so you have to constantly present your protagonist with obstacles that they have to overcome. They have to be pushed to their breaking points, encounter heartbreak, stress and even trauma.

The best and most effective obstacle for a thriller is a time limit — and Squid Game uses this in almost every game! It adds suspense and makes both you and the characters nervous for the outcome and whether the characters will survive.

We hope that this article, with the references to Squid Game, has given you helpful tips on how to write a thriller of your own. 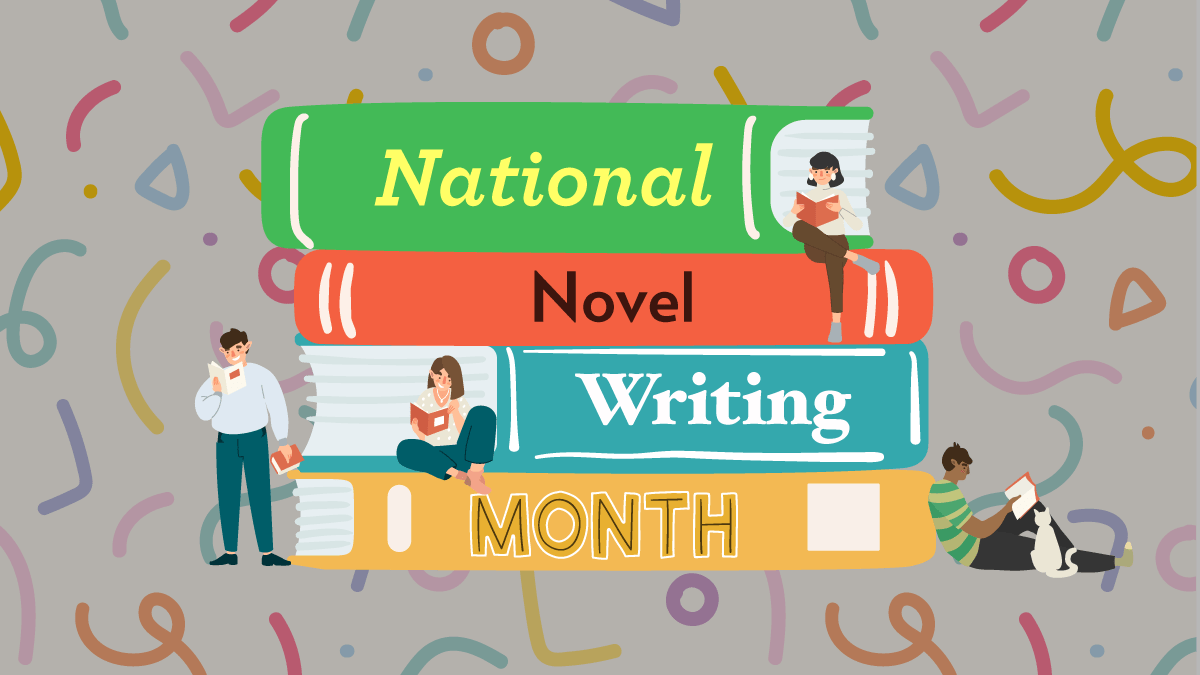 The biggest annual writing event is almost upon us! Find out what NaNoWriMo is, how you can participate and why you should. 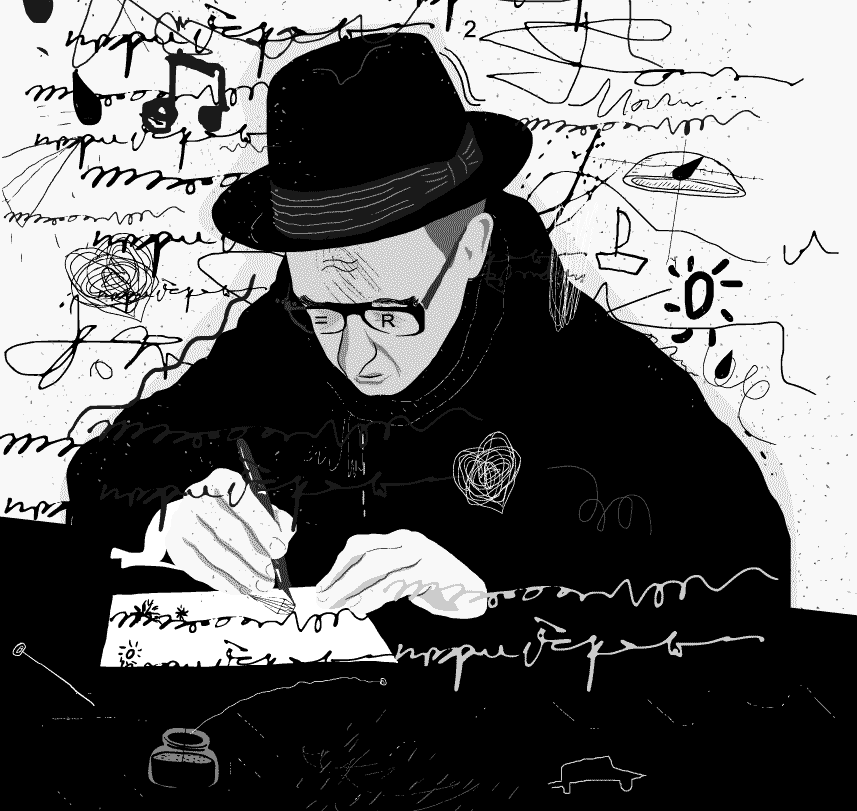 In need of a quick creative pick-me-up? Here are 8 interesting ways that famous authors have found their writing inspiration, so you can take a page out of their book!