Age has always been one of the biggest reasons why we stop ourselves from pursuing our own passions and interests, with many citing ‘old age’ as THE excuse.

Writing is no exception.

Many of us hold the view that opportunities and success are only available for those who are young and thriving in their twenties and thirties.

This is a misconception that we should stop and change.

While this is another case of “easy to say, but difficult to believe”, you shouldn’t let age limit you and your writing. Starting out late doesn’t mean you won’t leave a mark in the industry.

There’s no such thing as being a “too old writer”. Your writing skills and capabilities should be the deciding factors for the success of your novel, not your age.

Famous authors such as J.K. Rowling, Haruki Murakami, Virginia Woolf and more started writing in their twenties, but only made it big decades later.

When one mentions Stephen King, we would immediately think of ‘The Shining’ or ‘It’.

Did you know that while he started writing at the young age of 12, he was 30 when he published his most popular book ‘The Shining’, and it was only after his thirties that he enjoyed success for his writing.

Stephen King wrote over 40 books, and sold over 350 million copies, despite being successful only after a couple of decades of writing.

A popular author in the 20th century — Ernest Hemingway.

Similar to Stephen King, Hemingway started writing at a young age of 16. However, he only received recognition for his book, ’The Old Man And The Sea' at the age of 53, a couple of years before his death.

She is one of the most famous authors of our times and it’s all due to the Harry Potter series.

Rowling started writing when she was 25 years old, and was rejected by 12 publishers before she managed to publish Harry Potter. She was 32 then.

This is a great example of how determination and perseverance in spite of odds, pays off in the end.

Known for the ‘Little House on the Prairie’ series that drew from her own childhood experiences, Wilder interestingly gained recognition for it at the age of 65.

Wilder started writing at the age of 44; 2 decades past before her work became popular.

A screenwriter with a couple of Oscar nominations under his belt, Kaufman was also an established author.

His first novel was published when he was 90 years old, with his second novel posthumously published 2 years after his death.

What Are You Waiting For? Start writing now!

These are but 5 authors who started writing at a later age, but still managed to make a mark in the literary world and gained recognition for their works .

Instead of bemoaning about your age and using it as a crutch to not write, utilise the experience you have gained over the years to your advantage and enrich your stories.

It’s definitely not easy to start writing, much less maintain the momentum to continue and finish your novel. However, it’s not impossible.

One simple way would be to join a writing community where everyone shares tips and tricks, as well as act as motivation and provide encouragement to continue and finish writing.

Another way is to equip yourself with the right tools to assist you in writing well and better.

Start Off With Baby Steps

Every step you take toward the top is possible because of all the little steps you took in the past. You can climb the mountain, but do it slowly, slowly. - Dragos Bratasanu

If you don’t try writing, you will always ponder over the ‘what ifs’ and ‘what could’ve beens’.

It might be difficult to pick up writing again, but if you invest in a good writing tool, it’s definitely achievable.

Many of us get random spurts of inspiration while we’re on the go or out running errands; but can’t find the opportunity to write them down.

It would be great if you had a writing tool that allows you to jot them down quickly for you to refer back to when you’re ready to start writing, right?

Start writing a couple of sentences daily, and eventually, they will end up as a paragraph, and then a chapter. Slowly, but surely, you will make progress with your novel. And who knows, you might even finish your novel!

You would also want to focus solely on writing, so that you can be productive, while you do what you enjoy.

So a great writing tool should:

This is all possible with JotterPad!

Invest In The Best Tool

The best investment is in the tools of one’s own trade. - Benjamin Franklin

JotterPad ticks off each of the aforementioned criteria and more.

JotterPad is a light app, which means writing on the go is definitely possible.

Take out your device whenever an idea pops up in your head and write them down so that you can revisit them later on.

Writing should be enjoyable.

Instead of worrying over the formatting issues of your novel, you should concentrate on writing out your story.

That’s where JotterPad comes in. The app takes care of any formatting issues so you won’t need to worry. It can be published after you’ve gone through edits.

It also helps you from the start to the end stage — drafting to publishing.

As a writer, you’d definitely want to improve and hone your craft. That can be done with JotterPad’s many features.

For instance, the word density tool gives you insight on the most commonly used words and you can adjust accordingly.

JotterPad also gives suggestions to make your writing stronger, such as pointing out words or phrases that weaken meanings or are passive instead of active (which is usually preferred).

These features and functions of JotterPad allow you to concentrate solely on what you enjoy doing — writing!

Don’t let age be the barrier that stops you from fulfilling your wish of writing and publishing a novel. It might take some time, but if you persevere and are consistent in your efforts, you will eventually achieve your goals. 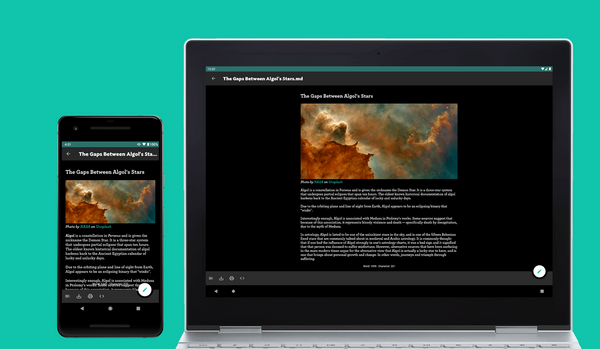 JotterPad Android has recently undergone several notable changes. Read on to discover how this new and improved version of JotterPad will improve your writing process and make it all the more fluid and streamlined. 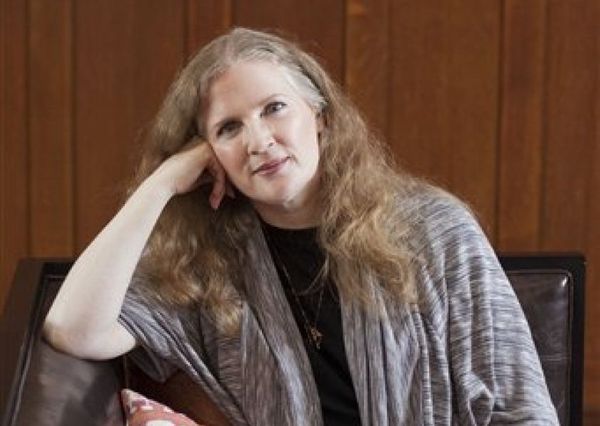