I'm sure I can speak for nearly all of us writers that we're always looking for ways to improve and write better stories. And many of us turn to learning from great writers we look up to, whether we seek to emulate their writings or to pick up good writing habits from them.

At the same time, it's just as important for us to learn about bad writing habits, so that we know what they are and how to avoid them!

So, when you start on your next writing project, treat this list of bad habits as a checklist, and see which ones you need to work to avoid.

Photo by Jaredd Craig on Unsplash

1. Overuse of the passive voice

Writing in passive voice means that a subject is a recipient of a verb's action. To break things down for you, here's an example of active vs passive voice:

Active voice: I will always remember my first trip abroad.

Passive voice: My first trip abroad is one I will always remember.

Photo by Jon Tyson on Unsplash

Writing backstory gives your readers insight into your character's motivations and behavior. That said, exploring their backstory in info-dumps is a bad writing habit that you should avoid!

Instead of using backstory to introduce your character, it's often much better to weave backstory throughout your story. Revealing pieces of your character backstory in relevant moments makes it seem more natural and easier for your readers to digest.

To illustrate, Suzanne Collins expertly integrates backstory into the narrative in the first chapter of The Hunger Games.

...Inside the woods they roam freely, and there are added concerns like venomous snakes, rabid animals, and no real paths to follow. But there’s also food if you know how to find it. My father knew and he taught me some before he was blown to bits in a mine explosion. There was nothing even to bury. I was eleven then. Five years later, I still wake up screaming for him to run.

3. Telling, instead of showing

Many writers (myself included sometimes) still struggle with the advice "show, don't tell". But if you want to avoid this bad writing habit, here's a tiny trick: use more sensory details!

When you describe a scene, person or place with sensory details, you avoid the pitfall that is using exposition to feed information to your readers.

Furthermore, describing things through your character's eyes (or senses, in this case) allows your readers to get more immersed into the world you're building!

Here's an excerpt from Margaret Atwood's The Handmaid's Tale that uses sensory description to liven up a description:

I once had a garden. I can remember the smell of the turned earth, the plump shapes of bulbs held in the hands, fullness, the dry rustle of seeds through the fingers. Time could pass more swiftly that way. Sometimes the Commander’s Wife has a chair brought out, and just sits in it, in her garden. From a distance it looks like peace.

Ah, the power of synonyms! Using strong verbs not only specifies your character's actions in greater detail, but it also makes your prose more succinct.

For example, saying "he whispered" instead of "he spoke softly" paints a more vivid picture in your reader's head. And that is why you should strive to learn more synonyms for a greater variety of verbs in your story!

Photo by Minator Yang on Unsplash

Give them unique appearances and personalities and showcase their individual quirks. Your characters should look, sound and behave differently — and this begins from the character creation process.

Photo by Aaron Burden on Unsplash

Writing can be quite a time-consuming activity, and doubly so if you're juggling writing with a full-time job. That said, a common bad writing habit is not reading enough as a writer!

Improvement doesn't happen via writing more — it also comes with reading more. When you read and expand your horizons, you get exposed to different writing styles and tricks that can be helpful to you.

And here's a twist: reading bad works can be helpful to you as well. It may feel like a waste of time when you finish an unsatisfying story, but that too can be a learning experience. You'll have learned what to avoid doing as a writer, and can apply that to your future writing projects as well.

We hope that this list of bad writing habits has been helpful. If you have any of the above habits, please do not be discouraged! This is a chance for you to learn and improve by breaking these bad habits and picking up good writing habits instead.

Chin up, and write on! 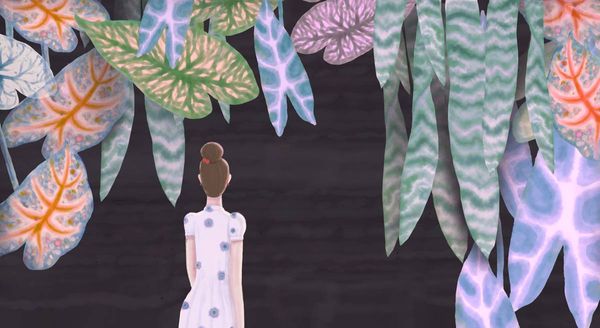 Coming across impressionable female characters is vital in shifting the narrative about female empowerment in today's stories. Here's how you can go about your character development process for such poignant personas in your writing.

Join us in this interview with Cezar Capacle, a role-playing game designer who has brought to life imaginative and intriguing games, and given people around the world the joy of immersing themselves in his world as well.