In 2016, the Internet went into a craze over a play. Yes, you heard that right. Not a TV show, not a film, but a play -- something that people once thought of as high-brow and too difficult to understand. We're talking about Hamilton: The Musical, and it's coming back with the full cast once more on September this year.

The hype around plays has only grown (and kept growing) over the years. From Wicked, Les Misérables, Harry Potter and the Cursed Child, more and more people have taken interest in watching plays and musicals.

If the hype has gotten you inspired to start playwriting, or if you've always wanted to write your own play, then this is the article for you! We're here this time with an easy-to-follow, beginner's guide to playwriting for the first time.

Photo by Kevin Schmid on Unsplash

Before we jump into the tips, let's first look at the differences between playwriting and screenwriting, the latter of which we've been discussing a ton on our blogs.

While both playwriting and screenwriting are visual mediums, screenwriting has a larger focus on action and has to take into consideration camera angles, film shots and editing.

On the other hand, playwriting focuses more on dialogue! The story is told primarily through what he characters say, to each other and to themselves. Playwriters also have to consider stage direction, theatrical effects, and ensure that the acting is emotive. Special effects tend to be limited to physical props as well (with some exceptions, of course, thanks to technology).

Do watch both a film and a play, and take a look at the differences between the two!

Photo by Lukas Blazek on Unsplash

Now that you're aware of the limitations and key strengths of a play, it's time to take the leap and start planning for your first play. If you're not sure where to start, try following these 6 easy steps.

1. Come up with an intriguing story

Regardless of whether you're writing a novel, a tv script, movie script or a play, coming up with an interesting and compelling plot is the first and most important step. What do you want to write about? What message do you want to put out to the world? What genre and theme are you leaning towards?

That said, do also consider the limitation of a play, and eliminate any ideas that may not be feasible to perform on stage. For example, action-heavy stories with lots of special effects and gun fights may be difficult to pull off in a play.

2. Consider the structure of your story

Just like screenplays, plays are sectioned into acts, and acts are further divided into scenes. Unlike in a film, however, a play is divided into acts to allow for scene and stage changes, and for intermissions, so do be mindful of how you'd like to section your story!

Here are the three most common play structure that most plays follow.

A one-act play runs from beginning to end with no intermissions. While your story should still have a narrative arc (inciting incident, conflict, resolution), this also means that you'll have to work with fewer scenes and settings.

This is the structure that most modern plays use! As you can infer from its name, a play with this structure is sectioned into 2 parts, with an intermission in between. This means that you'll be able to work with more complex scenes that your crew can set up during the intermission. Plus, it's a great time for the audience to get up, stretch and reset before getting immersed into your story again.

These kinds of plays tend to be the longest and the most complex. Playwriting a three-act play typically means that you'll have to dedicate one act to each of the following: the inciting incident, conflict and resolution.

We've discussed how to write a story outline for a screenplay before, and the gist of it applies to playwriting as well. Plan out the general direction that you want your story to take, specific scenes and their sequences (a beatsheet will be immensely helpful for this) and how your play comes to an end.

4. Think about your set

Unlike screenwriting, you'll have to consider the various sets and stage props you'll need to prepare when playwriting. It may even be helpful to use a theatre & stage props list template and draw out what you're envisioning in your head.

You'll also need to note down the various costumes you'd want your characters to wear, as well as other technical aspects like lighting and music.

Do remember, however, that if this is your first stage, try to keep things simple! Having too many costumes and too many different settings can be overwhelming, and may even end up cluttering the stage. This will only make it more difficult for the audience to understand what is going on in the play.

5. Focus on the dialogue

As we mentioned earlier, plays are driven not by exposition, but by dialogue! That's why many plays and musicals often feature characters facing the audience and making grand monologues. Unlike films, tv shows and novels, characters in a play don't have exposition and voice overs to express their thoughts to the audience.

And that is why it's more important than ever to learn how to write great theatrical dialogue that is snappy, natural yet grand, and appropriate to the setting of your play.

6. Characters use big and grand gestures

Theatres are huge, which means that small micro-changes in expressions, like a raised eyebrow, will go unnoticed by your audience. That is why characters often use large and grand gestures to portray seemingly minor or trivial emotions. It may be comical to witness, but these theatrics serve a larger purpose -- to help your audience read into your characters' emotions no matter how far away from the stage they're sitting.

Watching a play or a musical is a truly magical experience, and playwriting ought to be as well. How wonderful it must feel to be able to write a play that can capture hearts and bring the audience to a whole new world! 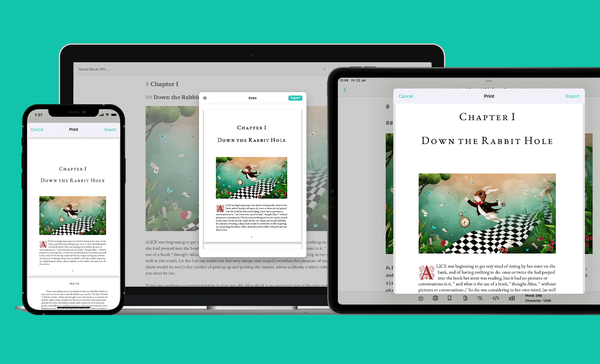 This July, we are back with fresh updates for JotterPad on iOS, iPad OS, and Mac. Comprehensive templates, expanded printing options, and upgraded writing tools await you! 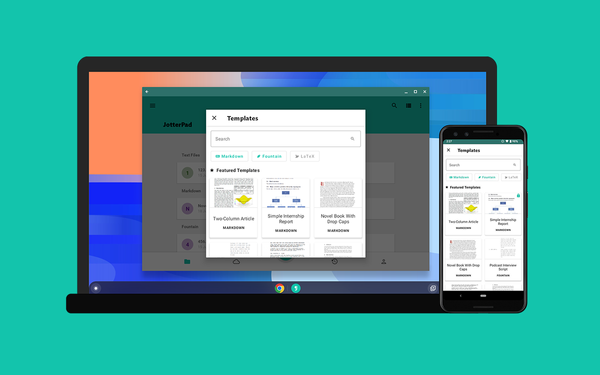 This July, we are back with fresh new updates on JotterPad Android. With seamless cloud services and a plethora of templates now available, your writing experience is bound to improve. Read on to find out more!