When it comes to choosing a setting for your story, you might be faced with two options: use an existing country or city, or create an entirely new one.

If you've decided to delve into fantasy writing or sci-fi, then the latter option may appeal to you. After all, who wouldn't want to create an intricate, sprawling city that brings your readers into another world? A fantastical city of elves, a small quiet village where your protagonist originates from, or a cyberpunk, dystopian city ruled by an authoritarian government — the possibilities are truly endless!

The problem now is, how do you begin to create your own fictional town or city? To give you a nudge in the right direction, here are 6 questions that can help you start your city-planning process.

Photo by Jens Auer on Unsplash

This question will help you establish two things: what state the city currently is in, and what role it will play in your overarching plot.

Did a huge plague or war sweep through the city, leaving its architecture and people in ruins? Or did it enjoy a huge windfall, turning it into a languid utopia?

Prior to the events of the books, District 13 led the First Rebellion against the Capitol. The failure of this rebellion was what led the Capitol to start the annual Hunger Games. Its history would later help the District play a pivotal role in the final conflict.

2) What kind of festivals or celebrations do they have?

The city or town's festivals and celebrations help to set its tone. If the town is an agricultural hub, for example, they might hold annual harvest festivals to celebrate. If you've gone with a dark and evil setting, consider having the townspeople macabre festivals with rituals that horrify your characters.

These festivals can also become an important plot event in your story! They can be catalysts for your character's growth and their relationships, for example.

The elven city Ellesméra holds the centennial Blood-Oath ceremony to commemorate the pact between the elves and dragons formed after the dragon war. The ceremony eventually becomes a catalyst for Eragon to heal from a grievous wound and grow stronger as a Dragon Rider.

Photo by Jonathan Kemper on Unsplash

Is your city rife with crime, or is it ruled by an iron fist? This helps you to establish how the justice system works, how much power the police (or its fictional equivalent) holds, or how controlling the government or ruling system is.

You might even be able to get some ideas for your characters' backstories as well! For example, a character that comes from a city with high crime rates may have grey morals or has knowledge on how to pick locks or hotwire cars. Alternatively, your character may have a strong sense of justice and is on a mission to eradicate crime.

Ketterdam is home to several criminal organizations. These gangs own many taverns and gambling halls, and the town has a red-light district that is also rife with human trafficking.

With such a setting, it's no wonder that the main characters of Six of Crows all have criminal backgrounds and are on a mission to break someone out of a prison.

4) What is the architecture like, and is there a reason for it?

Photo by Joran Quinten on Unsplash

The architecture of your city can be a great indicator of its economic state. Is your city run-down with shacks and slums, or are the buildings grand and well-maintained? These two contrasting images could even exist in the same city to indicate a wide class and economic gap between the rich and the poor.

Example: The Capitol (The Hunger Games)

The wealthiest district of Panem, the Capitol is meant to represent a utopic state of society. The architecture is grand and large, and in the movie, inspiration was taken from Roman architecture to properly reflect the grandeur of the Capitol.

When presented in contrast with the other, poorer districts, the excessive grandeur and technology of the Capitol only emphasizes the vast economic rift within Panem.

5) What are the common occupations here?

Photo by Jonathan Bean on Unsplash

Minor details like common occupations can add depth to your setting and make it more dynamic and compelling.

What better way to add to the magic of the setting than to include a list of interesting shops and shopkeepers in Hogsmeade! From a pub selling the iconic Butterbeer (The Three Broomsticks) to a sweets shop beloved by Hogwarts students (Honeydukes), these shops only certainly reinforce the magical and almost dreamlike atmosphere of the town.

6) What is the race, and how cosmopolitan is it?

How diverse is your city? Some novels have cities that are entirely occupied by the same race, while others have a bustling international hub filled with a melting pot of races.

In the Inheritance Cycle, for example, the races are separated into their own cities. Elves stay in the secluded Ellesméra and the dwarves built their main capital in Tronjheim. Similarly, in Lord of the Rings, hobbits inhabit The Shire, and elves reside in Lothlórien — just to name a few.

Of course, building an entire city or town is no easy feat, even with these guiding questions. And that is why many authors often base their fictional settings on existing locations! J.R.R Tolkien, for example, actually based The Shire off of Sarehole, an English hamlet that he spent part of his childhood in. J.K Rowling herself asserts that several locations in Harry Potter had been inspired by random locations she wrote at or passed by.

If you're struggling to build your fictional city, consider taking a walk through town. You never know when certain buildings or locations may give you that zap of inspiration you need.

If this is a practice you're picking up, consider downloading a digital writing app on your phone. This way, you can write down any ideas that strike you spontaneously! After all, you wouldn't want to forget any ideas just because you don't have access to a pen and paper.

With a cloud-based writing app like JotterPad, you can jot down any ideas on your phone and save it into the cloud. These ideas will then be easily accessible to you when you sit down to write on your laptop or computer, saving you time that can be better used to write your next novel.

Additionally, JotterPad comes with a research function that allows you to search up definitions, synonyms and even rhymes within the software itself! This eliminates the hassle of closing the program on your phone and opening up another window just to Google a word.

Go ahead — it's time to build the city of your dreams! 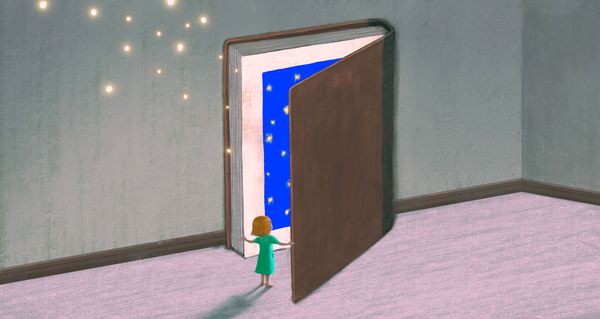 A guide on how you can write a great story synopsis, both for making a publishing pitch and for planning your One Year Novel. 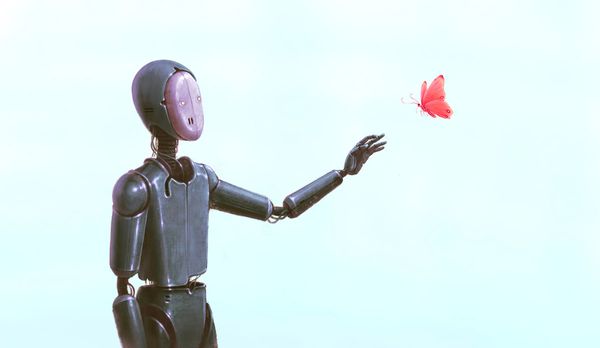