Ever read an eerie, bone-chilling horror story that made you think twice about sleeping with the lights switched off at night?

There’s something just so addictive about reading horror novels. Nothing beats the thrill of reading a horror story that sends chills down your back. For some novels, reading them multiple times even has the same effect again and again!

Photo by Piyush Karpe on Unsplash

In any genre of books or novels, there are always a handful of seminal and unforgettable must-reads. These novels are known to be the classics, encapsulating everything that the genre has to offer. Some novels are classic because they stand the test of time, while others were the first of many that paved the way for many others to come after.

Here are some of those novels that you can check out this Halloween to spook yourself out!

4 Horror Novels to Get Spooked by this Halloween

1. "The Haunting of Hill House" by Shirley Jackson

"The Haunting of Hill House" is widely recognized as one of the horror genre’s classics. It has been regarded as an almost close to perfect example of the "haunted house" trope of novels. It is a slow-burn story that relies on it's deeply developed characters and it's haunting setting to set the tone of both dread and terror for it's readers.

The story follows four individuals as they arrive at a place called Hill House. At first sight, their stay at the Hill House just seems like a spooky encounter with inexplicable phenomena. But sooner or later, the sinister secret surrounding the place starts to surface and frightening events like begin to unfold. Strange noises, loud banging in the night, writing on the walls, destruction of property and other unexplainable events unfold, and one of the characters, Eleanor in particular being drawn deep into the house’s embrace.

One thing to note in this book is Jackson's careful and intentional choice of language, used to evoke different moods or themes that the story calls for. The novel's opening line is a clear example of this, "Within, walls continued upright, bricks met nearly, floors were firm, and doors were sensibly shut; silence lay steadily against the wood and stone of Hill House, and whatever walked there, walked alone.", setting the tone well for the entire book. The story also emphasizes on the idea of loneliness and isolation and how it can be a deeply terrifying force. Jackson carries this theme well throughout the story and exemplifies it through her characterizations, choice of language, descriptors, and thickening plot-line.

A subtle yet powerful build-up of tension and apprehension, joined by a disturbing back-story that complements the present narrative of the book, all serve to identify this novel as clearly influential to many readers and supernatural writers, and continues to spook readers today.

This classic novel is for the romance-obsessed Vampire and Victorian horror lovers. While the main plot follows a vampire who tries to create more of his own species but fails to do so, there is so much more to this story when you look beyond this plot-line.

"Dracula" follows the journey of Jonathan Harker, a young English lawyer, as her travels to Transylvania to seal a real estate transaction with a nobleman, Count Dracula. Along the way, the locals warn him about the place he's headed to, and that it is more than what it seems on the outside. Harker soon finds himself in an unfavorable position and caught in a fix. The storyline takes readers through what ensues at his destination thereafter.

Dracula is the definitive vampire novel. The story tackles multiple themes that were imminent of that time, such as the widespread fear that people had of the believed-to-exist bloodsucking vampires and the impact that people's superstitious beliefs had on their live It paved the way and defined many of the characteristics, tropes and conventions that are now essentials in novels in the vampire genre. Beyond the horror subgenre that in belongs in, "Dracula" is a tale of all things obsession, loss, and repression.

3. "The Shining" by Stephen King

"The Shining" follows Jack Torrance, as he starts his new job at the Overlook Hotel. With a chance at a fresh new start at an atmospheric hotel, Jack believed that he would plenty of time on his hands to spend reconnecting with his friends and family, and also finally be able to work on his writing. But as time goes by, the place he's at starts to feel a little more remote with every day that passes, and starts to feel more sinister instead of warm and inviting. To make things even more layered, the only one who starts to notice the dark energy ensuing the place is Danny Torrance, a special five-year-old.

"The Shining" a tight-knitted, and tense horror story. It is told from four perspectives, the 3 Torrance family members and Dick Hallorann. The build-up in the novel is excellently plotted, and the pace at it which it rolls has kept readers at the edge of their seats. With well-placed paragraphs about Danny's dreams or information about Jack's personality or past, the tension is maintained in the story. Yet, there is a balance of shock and disquieting instances, and the slower and more character-focused story bits also.

Like Jackson, King also uses language and adverbs intentionally. His writing style is highly descriptive and thus invocative. While his choice of words has been most times thoughtful, some readers have found it unnecessarily wordy as well. His fondness for adverbs does not sit well with some readers, but has been mostly well-received by his horror novel-enthusiasts.

With it's good, old-fashioned haunted house story, coupled with strong characterization, strong descriptors, and classic horror novel elements that keep readers flipping the pages, "The Shining" remains a cult classic and will no doubt remain so for a long while.

4. "The Silence of the Lambs" by Thomas Harris

The storylines that end up culminating in a confrontation between the antagonist and the protagonist while an armed team waits nearby to ambush them if need be had been starting to lose its charm. When most plotlines revolving around the police, FBI, and investigation units had been overdone and were all turning out to be dry and dull, "The Silence of the Lambs" was a breath of fresh air to many readers.

Dubbed as one of the best psychological horror novels to have been ever written, the details and plotline of this novel will most definitely haunt you. Reading other FBI-criminal novels would undoubtedly be a good way to pass some time in your day and learn some technical jargon about case-handling and crime work but this novel raises the stakes for what it takes for a book to be considered a good mystery, horror novel.

"The Silence of the Lambs" manages to retain readers' attention throughout the book. It does so by striking a delicate balance between being the right amount of technical to not be regarded as overly fictional, and bold enough to keep readers guessing and wondering what's coming next.

Harris does not shy away from using an exquisite level of detail. You can see the nuances he brings up in both his characterization and in the contextual information in the background of the book to prepare readers for plot twists ahead. He also managed to construct plot twists in a way that the story remains unpredictable while leaving room for his characters to still feel real and sympathetic for his readers. Moreover, this novel is one of the very few in which the chain of events and their descriptions are on par with the gravity of the very characters themselves.

If you can make peace with the possibility that there would be questions left running through your mind and discomfort at the end of a novel, pick up this novel for your next read. It is sinister beyond imagination, and most definitely bone-chilling in multiple aspects.

A good and immersive horror novel grips the reader's attention throughout the story and keep them flipping through the pages without being able to put the book down. The suspense, thrill, and excitement that comes with this genre is unmatched.

If you've been wanting to write your very own horror story, try JotterPad's Horror Novel template to get started and guide you along your writing journey. This template lets you focus on the content that you have to churn out, while the platform takes care of your formatting concerns such as the publisher information, contents page, chapter titles and many more.

Using a template like JotterPad's can take the load off of your shoulders by serving as the starting skeleton for formatting your horror novel. It indicates distinct sections in the YAML Front Matter that you can customize to your liking. Key information such as the title, subtitle, author, publisher, edition and licensing information can be added effortlessly using this template. In addition to these, you can pick out an accurate and aesthetic book visual of your liking include it via the YAML as well.

With this Markdown template, you can easily indicate chapters, sections and subsections of your novels with the #, ## & ### syntaxes. Inputting a line break in your Markdown document will also translate into a new page; all tools that would expedite your writing process.

This November, we are back with new plugins for your exploration on JotterPad. Now, you can use a Footnotes and Reference, and Citations plugin to expedite your referencing and resource organization instead of manually inputting in-text citations. Read on to find out more! 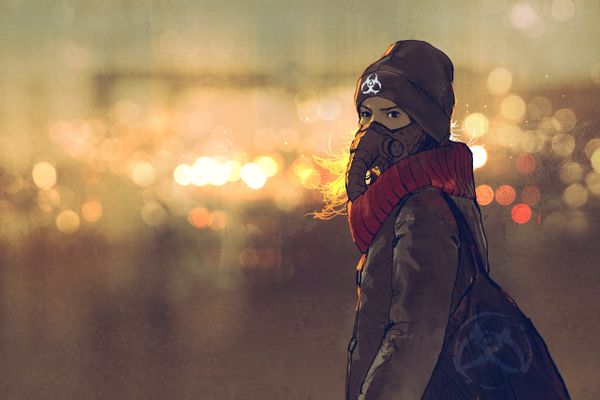 Across multiple forms of creative and fictional writing, the protagonist and antagonist, and their relationship, play critical roles in driving your plot forward. What exactly makes up these personas in your story? Read on to find out more.