Whether you're writing the screenplay for a stage play, or plotting the outline for your next novel, or writing the script for a radio drama, there are some elements in story-making that have key characteristics and play pivotal roles throughout any of these forms of story writing.

In most forms of story writing or creative writing, the protagonist and antagonist are characters that are the focus and essentials in moving a story forward. As with any character in a story, they are layered and are complex in nature. Their relationship and their interaction are often the most pivotal in many forms of story-telling, and have the potential to make or break your story.

What is a Protagonist?

The protagonist is the principal character in a literary work, such as a drama, film, or any type of story. They drive the action in a story, and their fate often matters most to readers. They are heavily involved in and key to the unraveling plot or central conflict of the story, and can also be the emotional focal point of an entire narrative.

Sometimes, it is straightforward and easy to pinpoint protagonists. The plot can be, very clearly, centered around this character's experience, their emotional climax, their journey towards an epiphany, or about their impending doom or supposed victory. For example, in the Lord of the Rings for example, the overarching goal is for good to triumph evil. The story's protagonist, Hobbit Frodo, strives to destroy the ring, and as an effect Sauron who embodies evil as well.

But this is not always the case. Sometimes identifying the protagonist can be a little more complicated. Protagonists often undergo major changes in narratives. They can make choices, take action, and can be intrinsically altered by repercussions that come from the above-mentioned by the end of a story. In some literary fiction, stories do not have a big twist or surprise that catches readers off-guard, and this can make it hard to identify the main, protagonist character. Titles that mislead you, with a character's names,

In these instances, it helps to ask yourself questions such as who changed in this story, or which character could have started in one place and moved, either emotionally, mentally, or relationally, to another place well-through the story. This can help you identify the protagonist easier.

What is an Antagonist?

Hailing from the Greek term "antagonistēs" which means “opponent" or “rival.”, the antagonist in a story is the individual, group, force of society, or a mere idea that goes against or opposes the interests of the protagonist or gets in the way of them pursuing their goals.

The antagonist is different from an antihero character; a character who lacks characteristic or lacking traditional heroic qualities. They are also not necessarily the "villains" in every narrative. While the terms “villain” and “antagonist” are often used interchangeably, the main driver of the central conflict in a story should be the true antagonist.

The nature of the antagonist is critical in stories, as stories are often motivated forward because of conflict that arises between them and protagonist. It is crucial how you approach an antagonist in your story, and they should be as well-developed as your protagonist.

There are a handful of antagonist tropes we can identify across stories. While characters that go against the main character’s goals aren’t necessarily evil or bad, they serve the primary function of standing in between another character and their destiny or goals. Some of these tropes include:

The Importance of the Protagonist Versus Antagonist trope

The clash and tension between these two sides has been long a driving force in many stories that we know and love; such as Harry Potter and Lord Voldermort in the Harry Potter Series, Katniss Everdeen and President Snow in The Hunger Games, and Jean Valjean and Javert in Les Misérables. Film writers, playwrights, and authors have often used the tension between the protagonist and antagonist and their rivalry or competition to carry their story forward. This relationship also helps to further evolve and develop the definition and characteristics of both types the characters.

The protagonist and antagonist roles are fundamentally the main focal points of the story. The action, climax, and conclusion that unfold revolve around their relationship and interactions. Outside of this relationship, these two-character types serve intrinsically different purposes in the plot; the protagonist seeks resolve, and the antagonist thwarts that. This dichotomy creates a space for tension, action and consequence in a story, and these are the determining factors in the satisfaction if a conclusion to the story.

1. Make sure they have some good in them: Yes, antagonists are meant to represent evil. But you run the risk of not being able to hold attention for them in the story if readers cannot find anything in them to relate to or feel for. You can do this and even make your conflict more layered by giving the antagonist a mix of traits; making antagonists seem completely evil in the beginning, but slowly teasing your readers with their more humane qualities.

2. Make defeating them a challenge: If your antagonist can be easily defeated at the end of your narrative, this can be an underwhelming conclusion for your readers. Make your conflict and the strength of both your antagonist and protagonist strong competitors. Make the conflict’s stakes high and exciting. Avoid making your antagonist all-powerful, and give your protagonist an equal, fighting chance.

In order to build these two characters well, and to place them in a convincing storyline, the Snowflake Outline Method Templates by JotterPad can provide a brainstorming skeleton for you. In this template, you have guidelines that help you state the motivations of your characters, their goals (professional, personal, or love), your characters' internal and external conflict, and many other story building blocks that can create well-developed characters, a robust outline and in time, a strong plotline as well. 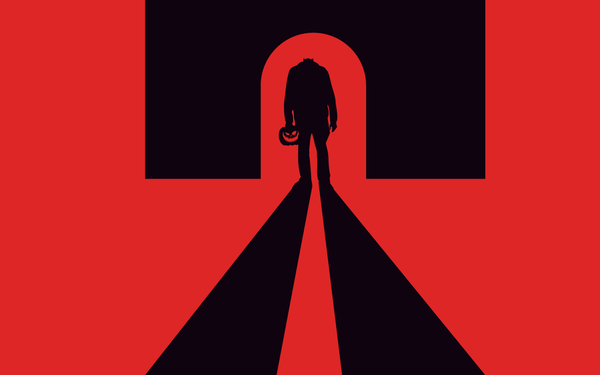 It's spooky season! If you've been wanting to check out horror cult-classics, now's the time. This Halloween, take some time to pick up some of the best-selling Horror novels, and even try writing a story yourself! Here's some recommendations on what to add to your to-read list!

This October, we are back with a new added feature on JotterPad. Now, you can use plugins and their various features to expedite your writing processes! Extend and expand JotterPad as your go-to writing tool with these plugins across Markdown and Fountain. Read on to find out more!